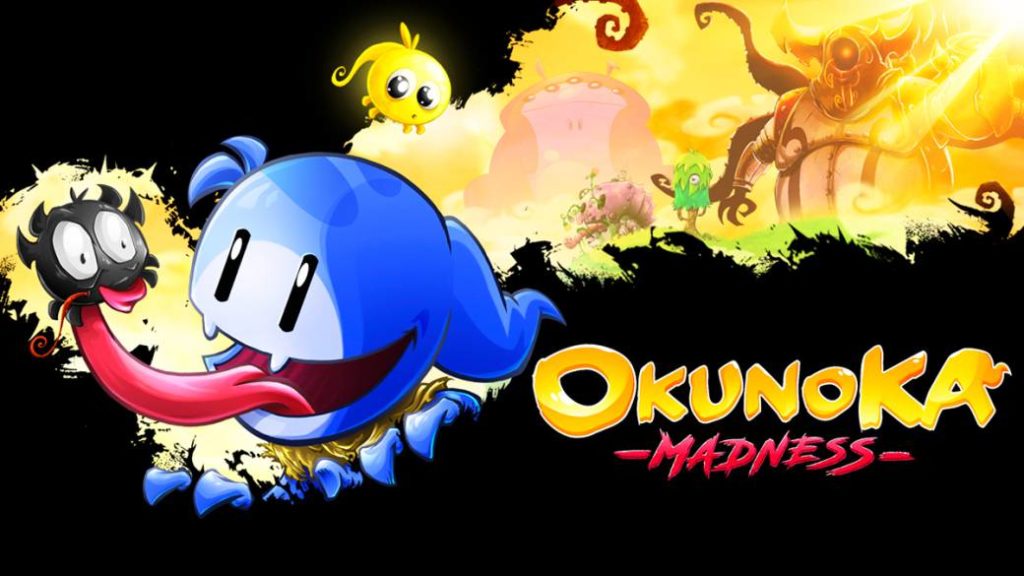 A new proposal in the style of Super Meat Boy comes from Italy. Your goal: break the sound barrier

Although it seems that they are there almost always, it has been a while since the genre of difficult platforms – in the manner of Super Meat Boy – does not give many samples of life worthy of the name. In fact, three years have passed since the last great work of this aspect, the superb and unclassifiable The End is Nigh with which Edmund Mcmillen once again made us despair with the genre that he himself helped define. A true masterpiece, which sales do not seem to have accompanied the level that its quality deserved.

After a somewhat less exuberant period, with very few games of this style – despite the fact that the platform genre in general does not stop receiving tickets – the Italian team Caracal Games returns to the attack to raise the bar with Okunoka Madness, the relaunch of a title for Switch that went quite unnoticed at the time. It is therefore a good time to find out if this cute but devilish title needed an extension and a little more work – as has been the case with Blasphemous – or if its playable base was not solid enough to stand out in these moments in which it is so difficult to position.

No cheat or cardboard 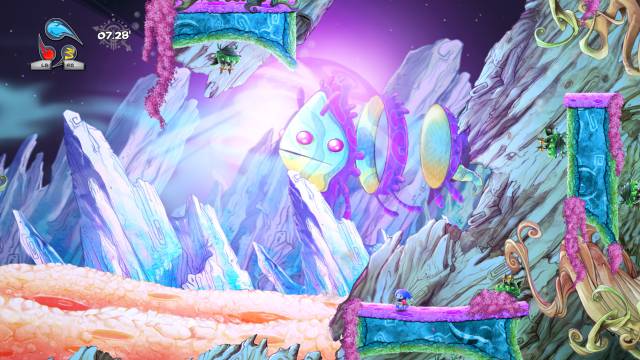 Okunoka Madness makes no effort to hide its sources of inspiration, and it does so precisely by emphasizing its best virtue: the fusion of two very definite tendencies. From the introduction it is clear to us that the game does not pretend to stand out for its plot, showing us how much the studio reveres these two great inspirations. From the first, Rayman Legends, the studio has taken a carefree artistic style that gets into the eyes, in which many well-made details such as some shadow games attract attention. From the second, Super Meat Boy, the entire proposal has been literally taken at the playable level, with the implications that this entails since it is a game with well-defined characteristics. Nothing to object to the audiovisual section: it is a game that likes to be seen and heard without having to assault the steps of the heavyweights. When it comes to the feel from the controller, whoever is used to dealing with difficulty will find themselves in their sauce in this game, but things may have gone a bit far even for them.

Once we start the campaign, the first screen of the initial world makes it clear to us what the issue is: a new Super Meat Boy wants to take over. It turns out that the first few levels are almost identical to those of Edmund McMillen’s indie classic, who used those opening bars so well to explain his mechanics. Okunoka Madness does it too, although it happens that those mechanics are never as perfect as those of its model, so a part of the grace that instantly elevated the hit of the flesh child has been lost along the way this time. Even so, same premise: we have to get from point A to point B in each level, with the only additional task of finding some extra that will force us to take more complicated jumps. 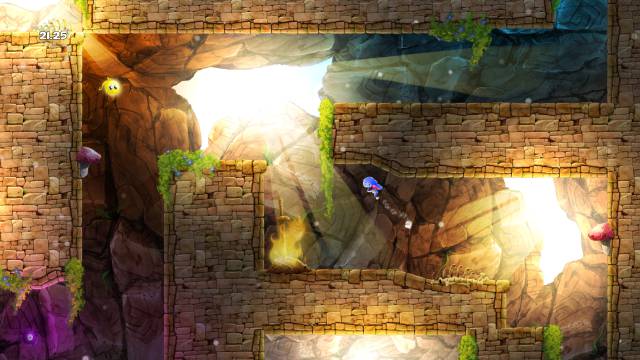 Reduced to its essence, Okunoka Madness is a tough platformer with a blatant emphasis on high speed. So far so good, since the game meets the two great requirements necessary for this type of proposal to entertain or, at least, so that the balance between frustration and progress does not go too far from mother. In this supersonic platform adventure, the levels are very well designed and none of them – at least in the first worlds – really lead to despair or dying a hundred times until we find out everything. The lovable -and unclassifiable- character is precisely controlled (although we will talk after this) and it is not many times that we will suffer the sensation of having fallen to some spikes due to the game, but rather because of not having been fast enough to the controls. This, the reaction speed that the player requires, is also his main cross, as everyone who completes the adventure will surely understand. Once the first world has been passed, the player who has used titles such as The End is Nigh, Splasher or the Super Meat Boy himself will begin to feel some scratches on their feet. When the game reaches its cruising speed in the second world, these discomforts will start to hurt. We would not say that they all do it the same, but they do end up affecting the whole.

To start with, there is a design decision that permeates almost the entire game and possibly influences the final result too much. Many of the levels in Okunoka Madness are built around platforms that we can make appear and disappear (it goes without saying that they are electric, ice and fire, so that everything sounds familiar). From very early on in the campaign, the levels are dedicated to making use and abuse of a specific mechanic: that of alternating between these two – then three – types of “Ikaruga platforms”. The problem is that all of this has not been implemented as well as in other titles –like Guacamelee! 2– that have been carried out with more temperance and moderation. The speed of the game makes many moments frustrating rather than complicated, and the feeling that switching between these “dynamic platforms” is a tedious addition -before a basic game mechanic- has never disappeared from our games. . It is accentuated, in fact, in the last levels, especially if we are brave and we dare with the Madness mode, a great addition to this new version.

On a highway in Germany 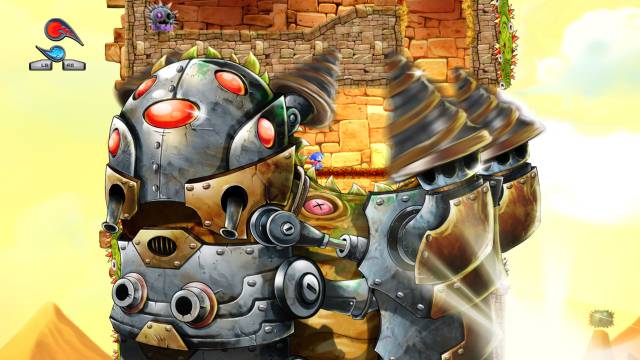 Okunoka Madness is a very heterodox title in terms of the design of its levels. From the typical laser traps we will reach the platform grids that we have to configure on the fly, going through more classic platform moments. Although we found the pace of the campaign quite satisfactory, things change as soon as we focus on the speed at which the protagonist moves, an aspect in which things have gone too far. The speed at which our character moves through the surfaces is very high; this is not a bad thing on its own, but we greatly miss the sensational sense of inertia that Edmund McMillen’s games exhibited. Titles, it is also necessary to remember, in which the control was much more precise when bouncing, controlling our character in the air or moving on the ground. In these three decisive facets, Okunoka Madness goes too far in its bid for high speed, which turns many of the levels into something else that is no longer so pleasant. We have no doubt that there will be a sector of speedrunners willing to make the most of it, but most mortals will have problems with a main character so uncontrollable when he bounces off a wall, since some jumps that we can execute with precision will go to the fret for that speeding when falling back to the ground.

Even with these black spots, Okunoka Madness is a competent title as a platform video game. It’s fun, which is the important thing, and it has enough content to put in many hours of play – especially if we dedicate ourselves to breaking our records. Although it does not reach the perfection of Edmund McMillen’s games – few do, indeed – it will be precisely those who have enjoyed them the most who will not be carried away by frustration. Accurate up to a point, well designed and visually well cared for, only an excess of speed –which does not leave us entirely satisfied with other unlockable characters, by the way– takes it away from what could have been its ideal trajectory. For the rest, Okunoka Madness is a project in which now, on the second attempt, there is a lot of effort on the part of a study that will have to be followed in the future.

OkunoKA Madness does not come to pose a true twist to the subgenre inaugurated by Super meat Boy, but it is a competent entry for those who have already completed games like The end Is Nigh, Splasher or Slime-San. Although the excessive speed at which everything moves will make it unsuitable for certain palates, its good design and sympathy make it a recommended platform game for those who do not tire of jumping and bouncing off the walls.