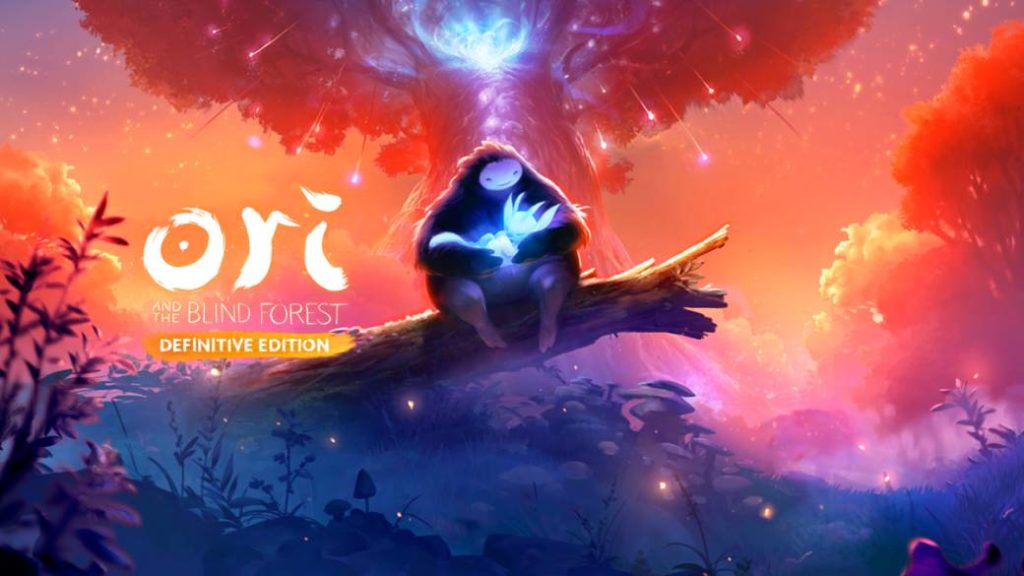 The modern Microsoft classic developed by Moon Studios comes to Nintendo's hybrid console. Is the port up to expectations?

When we start Ori and the Blind forest on our Switch, the first thing we see is the Microsoft Studios logo. At that time we are aware of the gift we have in our hands. The exclusive Xbox One console (and its adjacent universe on the PC) comes to Nintendo as the last expression of the close and cordial relations that have occurred between the two companies in recent times. After Cuphead, another essential, Ori and the Blind Forest is presented in the hybrid machine as the last treasure given by the Cupertino company to the Great N. Goodbye to a possible return of the RARE classics in what would have been a historical reunion and memorable. But let's not regret what it will be but for the oropeles and genius of what it already is. Welcome to the Reviews of Ori the Blind Forest on Switch.

In this generation that is coming to an end, in the absence of any laggards that is yet to come, the games that will make us remember it are already positioned. Ori and the Blind Forest shines with special light between them since its premiere in 2015. The console era of the games to be envied by non-users of an Xbox One. Well, its premiere on Switch was a wonderful surprise in its announcement and a wonderful reality today. How could it be otherwise, its beautiful 2D style is pearl the portable mode of the Nintendo console.

Bluntly: Is it worth the port for Switch?

Although we touch generalities about Ori and The Blind Forest, we will focus on what is really important for potential buyers of this version. For more details, you can read the great Reviews that we published at the time of the game and its subsequent Definitive Edition.

And there was an understandable fear regarding the port. Not because of the power of the machine, which continues to surprise by widening its limits at the stroke of new and old Triples A, but by the quality of the port itself. We already suffer, for example, with Rime, a disaster that did not do justice to the original game and that was gradually solving its problems with patches. Right now you just have to keep an eye on the newly released and failed Contra. Well, ‘one eye’ is a saying, which surprises how badly the blur of Konami's (re) turn is on Switch. Well, Ori gives it all on the Nintendo console. Or rather it should be said on the contrary. With some very punctual downturn, the hybrid gives its maximum numbers in both dock, 1080p, and laptop, 720p. And not only that, the experience of a decade of Moon Studios with the game engine has allowed to improve the animations, which move to 60 frames with respect to the original 30. It is a detail that has a visual and gameplay level. These are achievements made during the development of the second part, Ori and the Will of the Wisps, which have been transferred for good to this version. Indeed, that Definitive Edition that accompanies the name of the game is not left over. Although this was the name of the improved edition that went on sale in 2016, including new areas and movements, everything mentioned currently underpins the Switch version as the definitive edition. 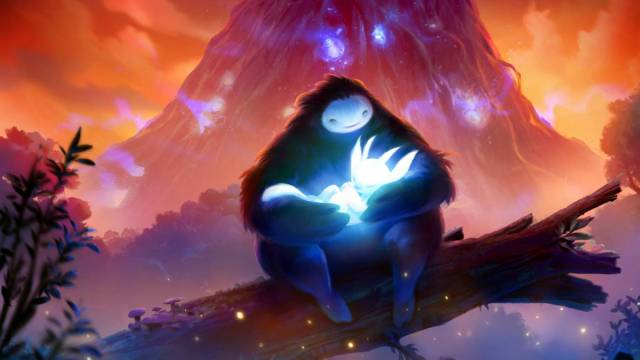 The beauty of Ori

The Ori home screen is one that asks you to listen. The rush to press Start disappears buried by the notes of an exceptional main theme. Piano and voice paralyze the impatient fingers before that beautiful landscape dressed in strong colors and with the tree of life shining in the background. Remember other glorious moments such as Final Fantasy X, Kingdom Heart, Xenoblade Chronicles or Mafia III. Moments in which we were unable to start the game at first.

The following maintains the level. And it is curious, because we are facing a metroidvania with a strong platform component, but its first minutes deceive in that regard. Ori is expressed in a simple horizontal plane, and without recesses, emphasizes the narrative in the first stages in what is a moving prologue, of those that you will never forget. Placed the trigger of the story (which we are not going to reveal, stay with the eternal struggle between light and darkness and let yourself be carried away by how it shows it on the screen), it starts slowly unfolding its imbricated fingers. 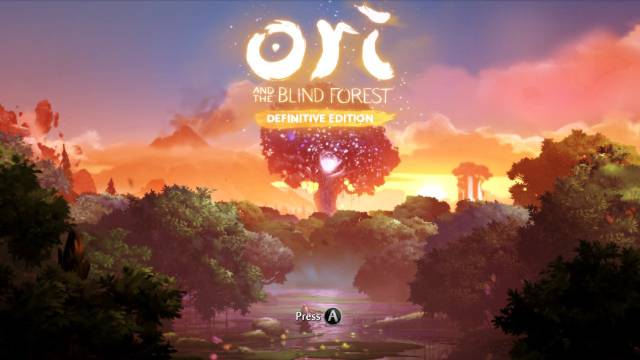 Almost without realizing the title is picking up speed and growing in complexity. As a good metroidvania, its map unfolds as if it were an anthill's galleries. The skills that we are getting remind us of that recess that we can now achieve. And everything grows, and grows. The first screens that scare appear. Those in which you think of first, "Impossible", but you jump between platforms, depressing enemies, using the learned movements and overcome them with a determination. The fluidity of the image and the well-implemented control is vital in these measures.

And there comes a really important moment, the first of those that await us. You have returned stability to an iconic space. "Well, it hasn't been that difficult," you think. And waiting for your reward, the game rewards you with a flight cocked by the second hand you didn't expect. Do you remember the famous flight of a Death Star that collapses in some Star Wars (Super Return of the Jedi, for example) games? Well, that was like just taking the car out of the garage. This is where the first doubts about Ori appear. And not for him, but for the machine that welcomes him. At that moment, the beauty you have before you no longer matters, just leaving alive from a phase that resists you to infinity and beyond. Cold sweats, frustration. The music is the same that amazed you on the title screen. It is somewhat more accelerated, but not enough to follow what happens on the screen, either and of course, not enough to accompany your fast heart. 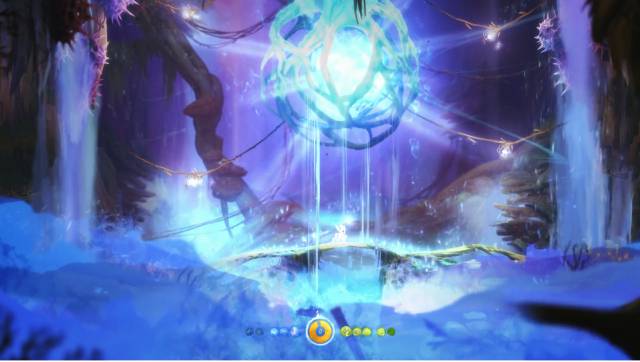 Why does this happen if fluency is maintained in those moments of extreme stress? Until now, and speaking of official peripherals within the standard quality, Ori had played with the best command in the world in his hands. The Xbox One controller exceeded in its output the one that already seemed the perfect control, the 360. And the Joy-Con can not compete with that. In borderline situations such as the one described above, where it is necessary to act quickly and accurately, the left joystick of Switch suffers a barbarity. If you are already supporting your usual reliability problems, imagine the picture.

Even in hard phases, many times Ori allows you the slight failure, or a second way to jump in that elusive projection if you're not good at projecting yourself by taking advantage of a projectile. It is hopeless when those minimal facilities slip through your fingers because the joystick is forcing its fragile limits. It is not impossible, but it tests your nerves. And angry, because you know it's not your fault or the game. Pull a pro command if you have the possibility. Those moments are a small percentage in the adventure, but if you can be happy throughout the trip, then better than better. 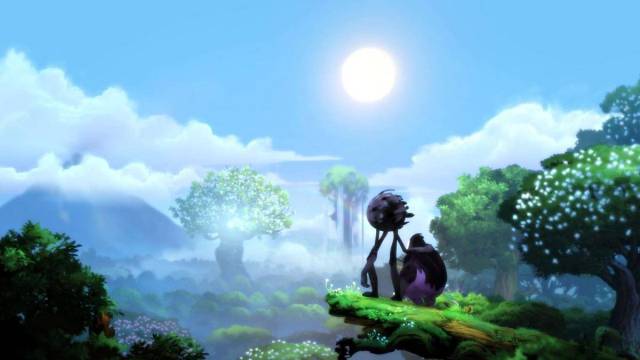 Otherwise, impeccable product. That these last paragraphs do not tarnish the great work done. Ori and The Blind Forest is already, on its own merits, one of the best Switch games. A star that shines with special intensity among the many that already illuminate the nourished catalog of the Nintendo console.

Ori and the Blind Forest, one of the crown jewels of Microsoft Studios, illuminates Switch circuits with all their virtues, no longer intact, but improved. Technically, and thanks to the accumulated experience of Moon Studio, Ori gives Nintendo's console even more than its original home. The greater fluidity in the animations and the 60 fps join the maximum resolution that Switch is capable of both desktop and laptop. It is an incredibly beautiful formal game that is also demanding of the player. Metroidvania plataformero of wonderful wrapping, will make us return with pleasure on our steps to those inaccessible areas in the first round that we can overcome as we acquire skills. In moments of excessive difficulty it is where you suffer most. And not because the game fails in its intentions and execution, but because it runs into some Joy-Con that are not quite up to par. Beyond that, Ori is a game that is enjoyed at many levels, including the emotional one. It is from those stories, from those trips and adventures, that you will never forget. Essential.

A benchmark title in its genre, which stands out above its competitors and that you will enjoy from beginning to end, surely several times. A game destined to become a classic over the years.