You are here: Home / Relicta / Relicta, Reviews. A magnetic game 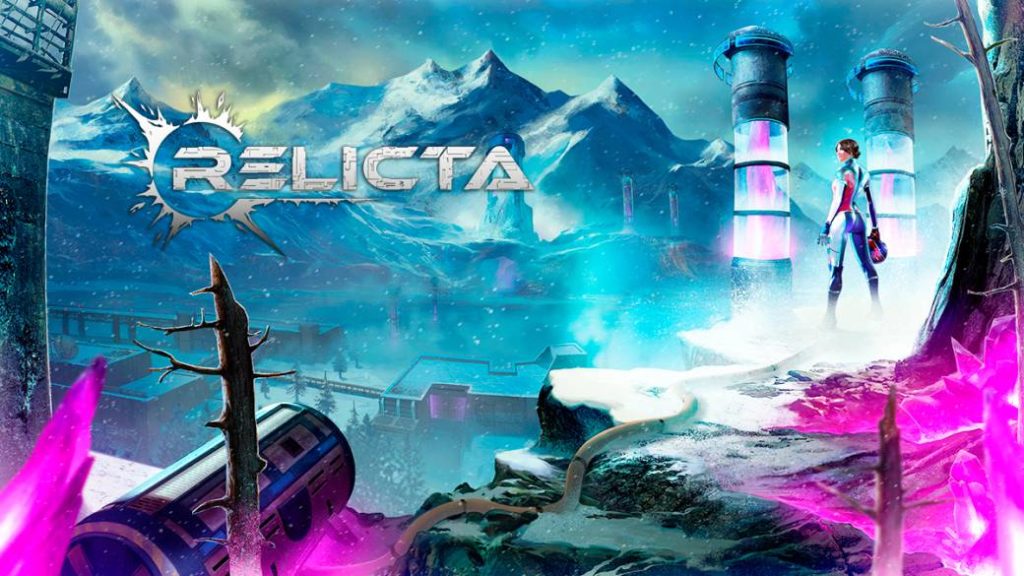 The debut feature from the Valencian studio Mighty Polygon is a rewarding puzzle game with good ideas, although the narrative doesn’t quite work.

Dr. Patel is at the Chandra moon base, where she works as a scientist. Armed with special gloves, she performs gravitational and magnetic experiments. The place, far from being the wasteland that we all project in our minds, has been modified to show a completely different picture: forests, snowy landscapes and a whole series of locations have been built in order to emulate life on earth. It is not just any day for the protagonist, as her daughter is about to pay her a visit, but how could it be otherwise, the plans do not unfold as planned. Thus begins Relicta, a puzzle game that is clothed in narrative to offer an experience as demanding as it is rewarding.

This science fiction production marks the debut of Mighty Polygon, which has had the support of Koch Media for the edition of its indie video game, available on PlayStation 4, Xbox One, PC and Google Stadia. Relicta was born from the ashes of Pine Away, a prototype that they designed in order to launch it as a commercial game, but which fell by the wayside, as Santi Álex Mañas, founder of the studio, assured in an interview with FreeGameTips: “During the development of Pine Away there came a time when we saw that we could not continue, that it did not quite fit in the market, so it was canceled “.

Comparisons are unavoidable: a narratively charged puzzle game inexorably leads to Portal, although beyond the concomitant points, the main difference is that the environments are much larger than those of Valve’s title. In this context, the puzzles colonize the gameplay and force the player to rake his brain, scan the scenarios and draw a plan in his mind to open the doors and paths that allow him to advance to the following scenarios. 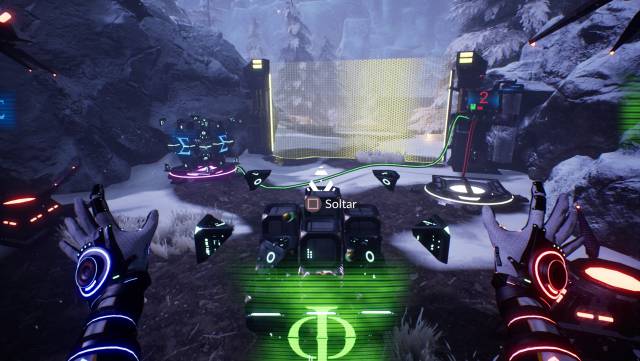 Narrative and puzzles, two elements that fit together?

Mighty Polygon has endeavored to provide a story that shelters the gameplay, a storyline that leads us through the long puzzle sessions that we will have to face while we accompany Dr. Patel on her adventures on the Moon. The game, of course, has Spanish subtitles. Some will complain that despite being a Spanish product, the studio has opted for dubbing in English. “The cost of dubbing is quite expensive, so we had to choose the language that best served us for the international market, in this case English,” they explain from the developer. After all, Relicta is not a high-budget product, something that is also reflected in the quality of the dubbing. Without being disastrous, the performances are well below the level that other projects have accustomed us to, not to mention that dialogue is sometimes cut off abruptly by mistake.

There is a commendable effort on the part of the studio in trying to give the product some narrative packaging. However, the two elements of which it is composed do not marry too well. Is the story interesting enough to keep you at the helm? The answer is negative. Mighty Polygon tries to give meaning to what we do during the game through a story without too much hook, which almost serves as an excuse to solve puzzles and does not measure its tone well. His comedic moments have no spark and the more dramatic dialogue doesn’t catch up because his characters are shallow. The conclusion is that the connection between gameplay and narrative is fuzzy, as if they were two different parts. 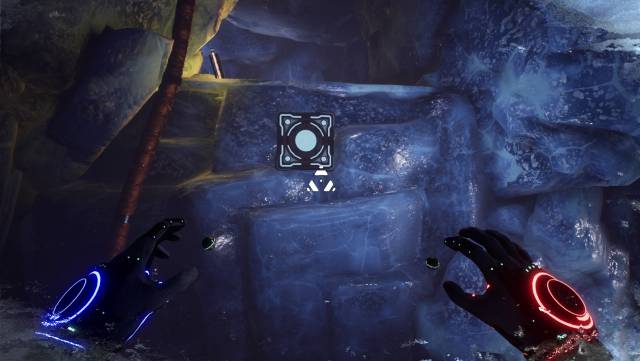 It is precisely these first-person puzzles that make Relicta a much more interesting experience. The concept is simple: in relatively wide sections, we must move a series of blocks to make our way through the scenarios. At first, the puzzles are completed without major difficulties, but the difficulty escalates quickly. The Valencians have been based on two nuclear concepts, gravity and magnetism. Combining both aspects of physics will be essential to be successful in the mission. In this way, we can make the blocks fly, but we must play with their polarity in order to move them at our convenience.

Dr. Patel’s magnetic gloves allow her to perform three main actions: give positive or negative magnetism to the blocks (represented in blue or red), activate gravity and push them. For example, if we want to attract two boxes, we will have to select a different magnetism for each one of them, while if we want them to repel each other, the solution will be to select the same polarity. The game consists of moving the blocks to the right place to activate the corresponding switches, although it is not as simple a task as it seems, since the number of boxes is limited and we must position them in the corresponding place, sometimes with millimeter precision. 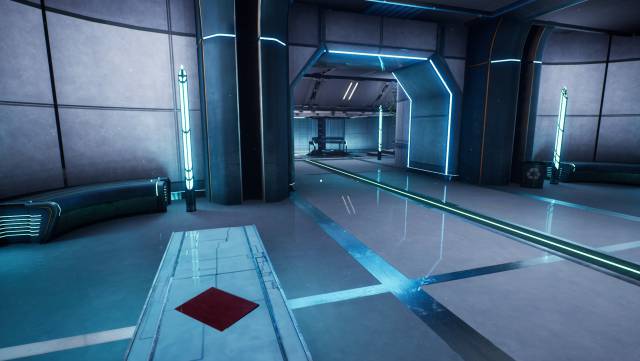 As the game progresses, the puzzles become more and more difficult, to the point where the progression curve is broken. We go from more or less simple puzzles to much more complicated riddles. Perhaps that transition should have been made more smoothly, since the feeling of frustration will soon take over. The amount of elements to take into account and the relative breadth of the scenarios require the player to think very well about their next steps. If we get confused we can always start over, since the gratifying feeling that comes from completing a complicated puzzle invites you to keep trying. Perhaps the greatest handicap of Relicta is its duration, excessive in our opinion. A more compact experience would have left us with more positive feelings. In any case, puzzle lovers will find a highly recommended title.

Reviews of the PS4 version.

Relicta tries to merge narrative and puzzles, although the results of that union are not entirely satisfactory. The story is perceived, in a way, alien to the gameplay, disconnected from the tasks we have to carry out to keep moving forward. Mighty Polygon has strived to provide the video game with a narrative coating that engages the player, although what really works are its puzzles. Modifying the magnetism of the blocks, taking them from one place to another in the scenarios, activating the switches that open doors and playing with all kinds of possibilities is what we will do throughout the more than 10 hours it will take to complete the adventure. It is not an easy title, the difficulty curve could have been smoothed out more, but the rewarding feeling that comes from solving one of the many puzzles that we will have to face is fantastic. Anyway, maybe it would have worked better with a more compact duration set.