You are here: Home / Activision Blizzard / Sledgehammer through the Call of Duty saga: project canceled, exoskeletons and WWII 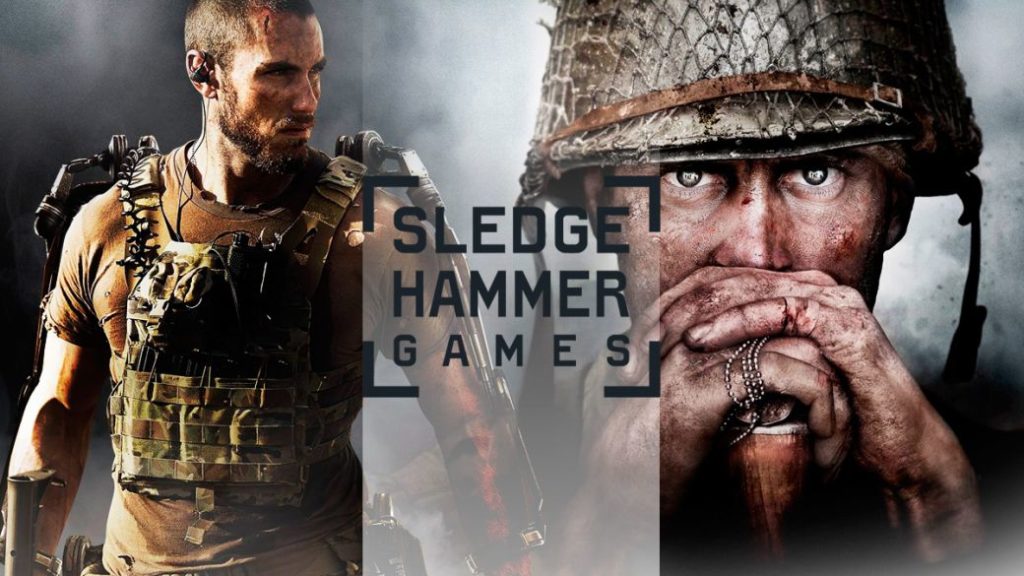 We review Sledgehammer Games’ journey through the Call of Duty franchise, from its canceled project to Advanced Warfare and WWII.

Call of Duty is in great health. Since the arrival of Modern Warfare’s soft reboot, winds of change have come in a saga that needed to adapt to the times. We refer, of course, to the unification of platforms through the game and cross-saving, in addition to having created a synergy between the popular deliveries of the moment. Infinity Ward, Treyarch and Raven Software have formed a circle in which all current titles feed back on each other. Call of Duty: Black Ops Cold War events have an impact on Call of Duty: Warzone free to play, and vice versa.

But what about Sledgehammer Studios? Americans, who began working as a support studio on Call of Duty: Modern Warfare 3, face a future that is still unknown to us. With Activision’s promise to re-launch a main installment in this 2021, all the lights point to the creators of Advanced Warfare and WWII, although we still do not have an official confirmation. Therefore, we review his career and his influence on the franchise through his projects.

Beginnings: the delivery canceled and subsequent collaboration in Modern Warfare 3

Before actively participating with Infinity Ward in the development of Modern Warfare 3, Sledgehammer wanted to take the brand to a different perspective of the classic first person shooter. Glen Schofield and Michael Condrey, co-founders of the studio, spearheaded a proposal that would lead Call of Duty into third-person combat. The team, formed in 2009 by former members of Visceral Games who worked on the first Dead Space, wanted to transfer part of that field experience to an unreleased game set in Cambodia during the Vietnam War. 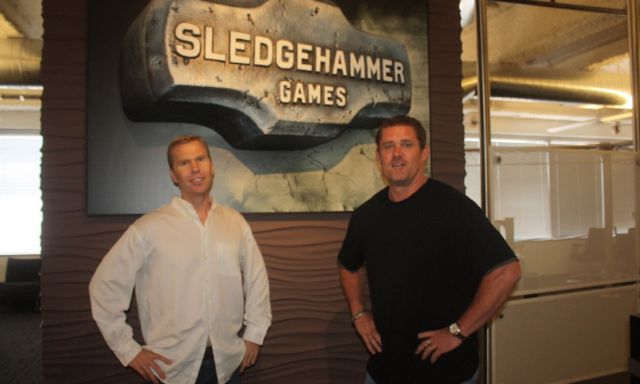 Sledgehammer’s third-person Call of Duty had a clear goal: to offer the player moments of action that are not possible in their usual perspective. The work, which took between six and eight months, featured a prototype that put their intentions on the table. “We were definitely going to throw in some Dead Space moments. I’m not talking about the science fiction part, but after all it is a war in which [los soldados americanos] they were afraid. They didn’t know if there was a booby trap in the jungle, or what was in those tunnels. And there were hundreds and hundreds of tunnels underground. It was a covert war, right? Everyone thinks the war was in Vietnam, but it was in Cambodia and Laos. So we were telling a cool story, ”Schofield was narrating into the Gameinformer microphone.

The prototype consisted of a playable portion of between 10 and 15 minutes. “We even had the tunnels,” said Schofield. That demonstration, in addition to working for half a year, attracted the attention of Activision, in need of finding support that would tie in with Infinity Ward, who had not yet recovered from the departure of talents such as Jason West or Vince Zampella, who later founded Respawn Entertainment . 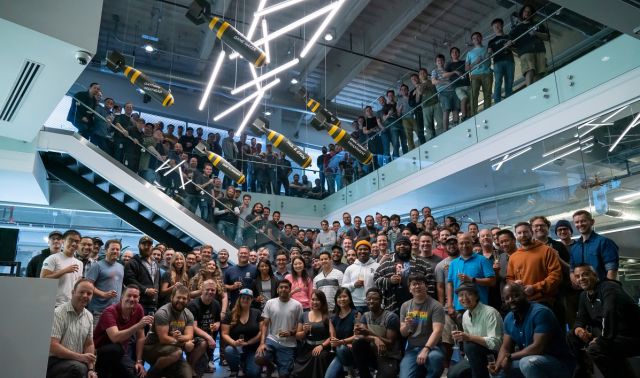 The collaboration between both studios had a direct impact on the team: the cancellation of the project. It was no secret. In the middle of 2011, several managers of the publisher came to the fore to speak openly about the situation. Eric Hirshberg, who was publishing chief at Activision at the time, explained to IndustryGames that this third-person adventure “had not been forgotten.” “They were initially working on an extension of the Call of Duty franchise into action / adventure and that’s a game that I still want to play,” it said. 10 years later their forecasts were not fulfilled.

They decided, therefore, to enter fully into the co-development of a main delivery, instead of continuing to bet on its concept. A concept that Schofield himself recognized years later having certain problems, especially because of the historical context they dealt with. “We learned during our investigation that the whole world knows it as the American war, not Vietnam. We were the only ones who called it the Vietnam War. It is somewhat unpopular. And we did not understand the advertising aspect of that ”, narrated Schofield. However, as he pointed out in the same interview with Gameinformer, Schofield would have returned “to the same point where they left off” if they asked him to get back to work. 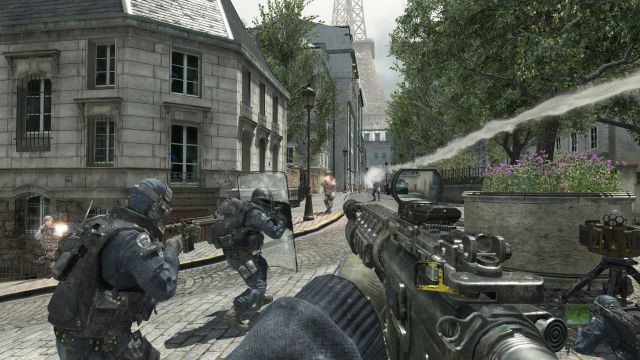 After canceling his Call of Duty in the third person, Sledgehammer developed with Infinity Ward the conclusion of the Modern Warfare trilogy.

If the return ever occurs, it will do so far from the influence of both. Both Schofield and Condrey left Sledgehammer’s leadership back in 2018 to fill “executive positions” within Activision. In a press release, the editor thanked her for her service in the two jobs they led, in addition to her support in Modern Warfare 3. The leadership would rest on the shoulders of Aaron Halon, one of the founding members of the study. Halon has a long career in the industry. Before embarking on this adventure that has taken him 11 years of his life, he served as designer and director of development at Electronic Arts for another 9 years.

Advanced Warfare and WWII: key decisions at the right time

So far, their only two solo projects have served as a starting point toward other playable trends among those who succeeded them. Call of Duty: Ghosts, which began the generation of PS4 and Xbox One, transmitted an attrition of the formula that had accompanied us for so many years. It wasn’t until 12 months later that Sledgehammer offered a groundbreaking, yet familiar perspective to the leadership. 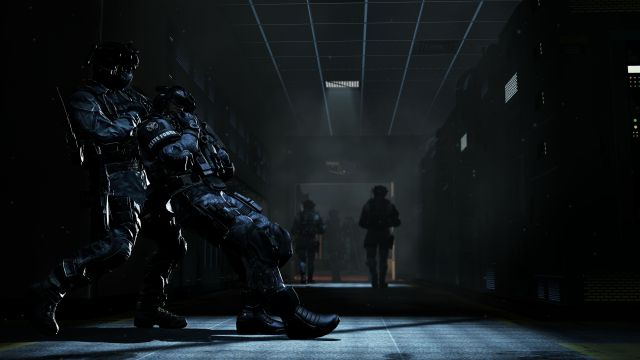 The arrival of Call of Duty: Ghosts began a period of playable changes in the formula of the next installments.

Many problems can be attributed to Advanced Warfare, such as how chaotic it was to navigate the scenario, or the lack of personality in the design of the multiplayer maps. But the courage with which the team faced the changes is undeniable. In what way could it be renewed without breaking with the hundreds of thousands of followers who year after year support the saga? Taking your feet off the ground. “The exoskeletons was an idea that emerged in the early stages of development. We were looking for new ways to experience Call of Duty, and that was the catalyst. It is what gives us impulses, evasions and grabs; it became the heart and the soul “, narrated Condrey in an interview with Stevivor.

On the other hand, Hirshberg appeared again in public to highlight the reasons for these changes, this time in conversation with Forbes: “If we are not innovative enough, critics will say that we ‘play the same game year after year.” If we do innovative things people ask ‘maybe it’s not too risky to make changes to a game that so many people love?’ The thing is, we have a long-standing and loyal fan base who loves the experience of I play, but they also want to be surprised and want new experiences ”. 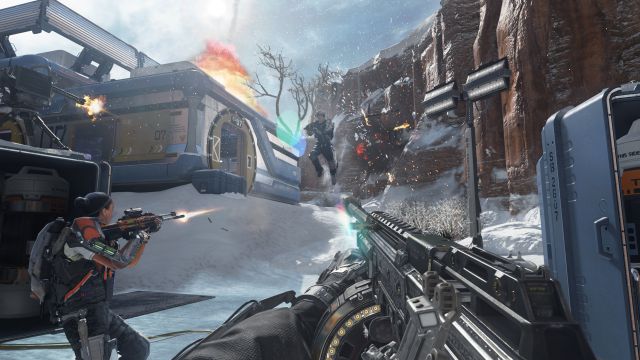 Sledgehammer was brave with the changes Call of Duty: Advanced Warfare introduced. The exoskeleton became the new center of gameplay.

Such a sensible change, which would define the bulk of deliveries during the past generation, was supported by the extension of development cycles, this time in three years. As Schofield added to the same medium, this allows “new ideas to be incubated and tested for longer.” “We can test more ideas and if some fail, nothing happens,” he said. Courage had its reward. It managed to be the second installment of that generation to have the highest Metacritic average, only surpassed by Call of Duty: Black Ops 4 (not counting the remastering of the original Modern Warfare).

From then on, the focus was on vertical conflict, impulse conflict, and science fiction. 2015 and 2016 starred Black Ops 3 and Infinite Warfare. In fact, the latter did not achieve the consensus of the community, which asked to return to the combat that everyone knew. Not only did Sledgehammer bring back boots on the ground, it brought us back to the original context of the saga: World War II. 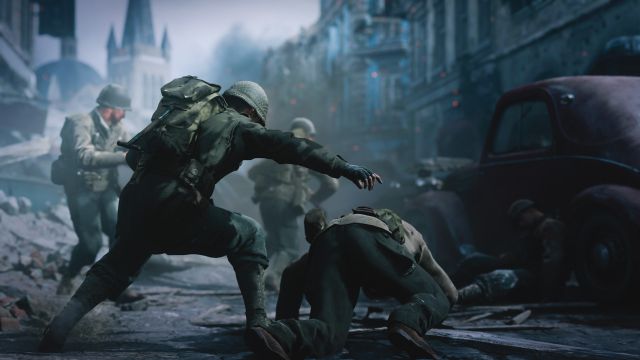 With your feet on the ground and no automatic health regeneration in campaign mode. Call of Duty: WWII returned to the limitations of the classic side.

We go back to the starting square. Other limitations, other rules; nothing in Call of Duty: WWII resembled what was seen in his previous work. Condry himself acknowledged to VentureBeat that the approach taken was completely different: “One of the things we’ve always talked about is the idea of ​​being ‘easy to play and difficult to master’. In Advanced Warfare we moved away from ‘easy to play’ and made it even more difficult to master. ” Quite the opposite of WWII: “I think that rhythm really adds things to our experience. Add strategy. You feel like you can understand the threats and the lines they come from. You feel like you can dominate the combat to come. I’m proud of what we did with Advanced Warfare, but I haven’t used a sniper rifle in multiplayer for three years. It was too fast for me, ”he said.

Another of the decisions that drove this delivery was the return of the health kits and the rejection of the automatic regeneration of life. Schofield justified the mechanics by the context of the conflict, by being able to characterize the type of soldier they wanted to show their audience. “You are not the superhero. You can’t stay there taking seven shots, laying down, shooting again. It’s interesting for us to deal with recruits that aren’t Tier One warriors, to be able to show that vulnerability. They are naive. It’s been a really cool challenge to be able to create this different kind of gameplay, ”he told Polygon.

The future is uncertain for us so far. Will Sledgehammer be in charge of the 2021 Call of Duty? If so, what news can we expect? How will they be able to balance their own approach within the current ecosystem? We will find out in the coming months.