You are here: Home / Electronics Arts / Songs and Video Game Trailers: Side B 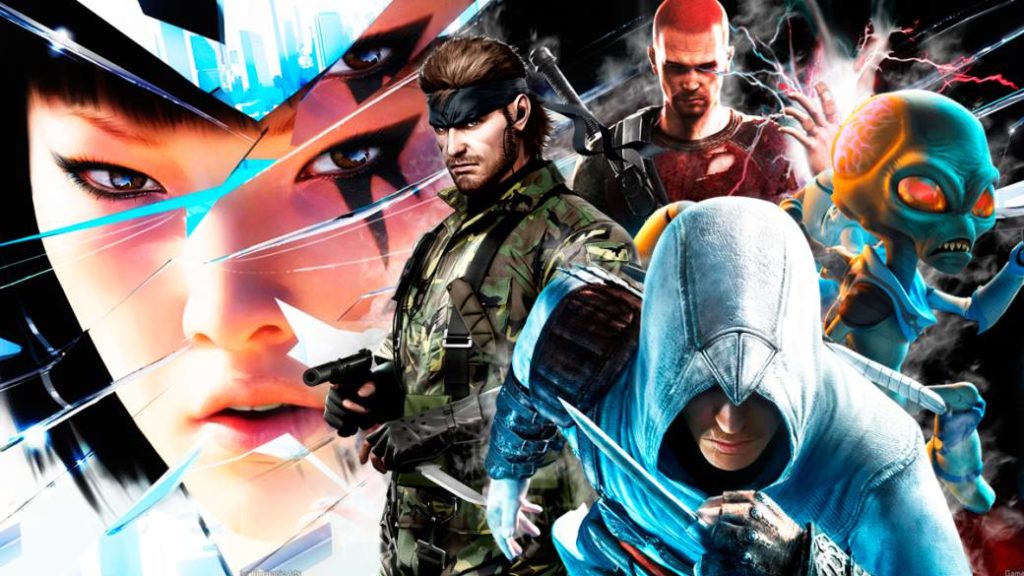 A few weeks ago we published a report on video game trailers that were especially remarkable for the song that accompanied the images. We subtitled that as face A, aware that we had been so cute that it could have a continuation. And so it has been. We turn the record over ready to enjoy the cuts that await us on side B. The music we are going to listen to starts like this in the best possible way, with the wonderful sound that the needle makes when it falls on the vinyl. We started.

We started with a regular mix of cool song and promotional image. From the first installment of 2007, the trailer for Assassin’s Creed made contemporary notes sound about its historical environment (licenses from the really futuristic context in which it was framed, Abstergo by means of). With all its buts, the game was surprising on the consoles of the time, and it was the first step on a brilliant path that continues today, after several ups and downs, in full maturity. Altair travels through the Holy Land in slow motion accompanied by the personal voice of Richard Ashcroft, the charismatic singer from Verve. Unkle composes a song, Lonely Soul, which is pure elegance. None of us knew it then, but it was also the beginning of a fruitful combination between song and saga that would not cease to amaze us in later years.

As in the case of Revelations, the conclusion to Ezio Auditore’s beloved Renaissance trilogy. Although here the visual wins the trump card over the musical. And it is that nothing could overshadow the emotion of the moment, the farewell to a long journey. On screen we see nothing less than the return of the scenes of the first installment in the Holy Land, an aging Ezio and a ghostly Altair who serves as a guide to our most longed-for assassin. Regarding the song that we can listen to accompanying these epic moments … It’s funny, because we already talked in the previous Woodkid report, then putting musical notes to the Dying Light trailer. Do not miss the powerful original clip of that Run boy run, strongly influenced by the imagery of Where the monsters live. And the fact is that the Frenchman is a video clip maker who became a musician by chance. The jump was precisely with Iron, which accompanies the following video of the assassins guild. Composed only by the need to express himself visually without the constraints of a commission, it ultimately became the first step in his career as a musician.

To finish with the review by the guild we have a version. The fact that it may have sounded in the background on Bertin Osborne’s house program does not detract from it (all the songs that sounded on that program were cool versions of well-known songs). The apt title Everybody wants to rule the world from Tear for Fears suited the revolutionary environment of Assassin’s Creed Unity perfectly. The 1985 track became more intimate and subterranean in Lorde’s voice, who covered it in 2013, a year before Unity left. And yes, we know, the first Assassins of the PS4 / One generation became famous for reasons beyond its control but, to be fair, after tons of patches it has been a completely estimable game for years.

PS4 has reached the end of its cycle with a few good games. It was clear that The Last of Us Part 2 would be one of them, not so much that that joy would also give us a new IP. Sucker Punch closes with the remarkable Ghost of Tsushima its own path within the Sony console. And it is that they were responsible for one of the first titles in the catalog of the successful machine. InFamous: Second Son dazzled (pun intended) by one of the hallmarks of technological identity of the generation that was just beginning: lighting. But that concept of a protagonist with powers came from before. On PS3 we were able to mess it up several times under the same title but with a different character.

In the trailer of the original InFamous that we put next, the wonderful concordance between music and image that we have seen in the video of Assassin’s Creed Unity is repeated, only this time it is to the rhythm of a postrock. If These Trees Could Talk (beautiful name, by the way) emphasize with guitars every beat we see on screen. The postrock comes to be a way of bringing up to date, in the mid-90s and on a more underground level, the classic seventies symphonic rock. If These Trees Could Talk are expressed in the rockier line of the Mogwai flag bearers. Muscle and intensity that this time serve to give us goose bumps between electric shocks and bad guys jumping through the air.

We continue to butt with Rammstein. These burly Germans give voice in the following trailer to the aliens who want to kill us earthlings in Destroy All Humans! Tribute to the B (or Z) scifi movies of the paranoid 1950s Americans steeped in cold war terror (Tim Burton did a great homage with Mars Attack), his hilarious humor stays fresh as day one. It is great that it comes with subtitles, because there is no waste.

We take our foot off the gas in music, not in play. Mirror’s Edge was a pleasant surprise in 2008, and together with Dead Space it led an unexpected bid from EA for new IPs. We already know that it was a mirage, but then we celebrated with joy the new line that seemed to start in the company.

Mirror’s Edge, in a sincere declaration of intent, was presented with an ingame trailer showing part of its first phase in less than two minutes. And what a joyous feeling that was. It transformed 2D platformers into a first-person parkour title. The sensation of physicality was incredible, we felt the weight of the body of Faith, the protagonist, in each jump and somersault on ledges between immaculate white skyscrapers (games like Dying Light took good account of it). When you took the measure, when you mastered the controls and the space in which you moved, it became a beautiful perfectly choreographed ballet. And beautiful was the song that only appeared with a few notes at the end of the trailer. We were able to hear her later, Still Alive, a beautiful melody performed by Lisa Miskovsky for the occasion.

As you know, that game ended with a To be continued that was frozen in time. By the time a late Mirror’s Edge Catalyst arrived in 2016 it was a prequel. Faith continues to await the conclusion of her story from the roof of that building under construction. Let’s not lose the, ahem, Faith.

The case of Last Day of June is curious. Steven Wilson is a seasoned veteran musician in the fanciest progressive rock. The video clip for Drive Home, directed by Jess Cope and featuring paper dolls created by Hallo Mueller, is animated, apparently, in traditional stop-motion fashion. Both the lyrics of the song and the artistic direction serve as the plot and aesthetic basis for what would later become Massimo Guarini’s game. Here you have it with Spanish subtitles.

As you can see, both the story and the characters are the same as in Last Day of June. The evocative title of this one refers to the month, but also to the name of the girl. A car accident ends her life and leaves the protagonist in a wheelchair. It is an emotional tale about guilt, pain and acceptance of the death of a loved one. The game’s trailer features Steven Wilson’s epic song Pariah, sung alongside Ninet Tayeb.

Wilson made the soundtrack of the game, bringing together in an instrumental way several songs composed throughout his career. Progressive rock has always had a lot of cinematic texture, and the result we see here proves it more than anything. As the song Pariah is exceptional, we close the section to Last Day of June with the original video clip, so you can enjoy it in all its splendor.

As an extra we are going to cheat. What comes next is not a trailer with a cool song but the opening credits of Metal Gear Solid 3. Possibly one of the most celebrated and balanced Metal Gears (remember, we came from MGS2, with their endless conversations by Codec, and then MGS4 would arrive with half its duration shown in cutscenes). Being set in the turbulent 60s, Kojima wanted to give his admired James Bond a touch. Both the images and the music written by Norihiko Hibino and performed by Cynthia Harrell have nothing to envy of the originals that appear in Agent 007’s films. We are convinced that composer John Barry would be proud of the result.

The needle lifts off the plate with a dry sound and returns to its resting place. In the memory remains the echo of what was heard. We hope you have enjoyed this visual and sound journey. Do not hesitate to recommend us, on our social networks, examples that have escaped us and that would fit without problems in this imaginary album. Who knows, if we collect enough material we might come back in the future with a new Greatest Hits.