You are here: Home / Counter-Strike: Global Offensive / Steam Awards 2020: list of all winners 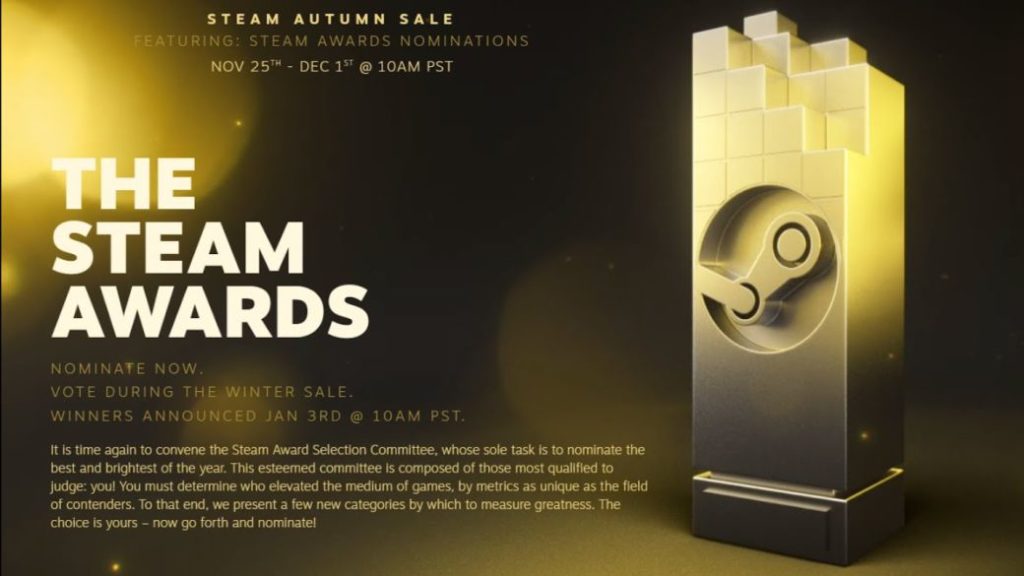 The users of the Valve digital store have chosen the best games of the year 2020 in The Steam Awards, some awards full of surprises.

One more year, and after several weeks of voting, users of the Valve store have chosen which are the best games of the year through The 2020 Steam Awards, in which a year ago Sekiro: Shadows was crowned GOTY Die Twice. On this occasion, the big winner is Red Dead Redemption 2, who takes the awards for Best Game of the Year and Best Story. Although Rockstar’s work premiered on consoles in 2018, it did not arrive on Steam until December 5, 2019, not being able to participate in the awards of that year (voting was already open) and going on to compete in those of 2020. Games such as Death Stranding, Horizon Zero Dawn and Detroit Become Human are other examples of winners and nominees in this edition with a consolation past and a distant launch in time.

The 2020 Steam Awards consider Red Dead Redemption 2 “an instant classic” with dozens of reasons why it should win the GOTY. But the awards have also served to recognize the work of Fall Guys: Ultimate Knockout (Best with friends award), Death Stranding (Most innovative gameplay), Apex Legends (“the most difficult game we have ever loved”) and Ori and the Will of the Wisps (Exceptional Visual Style). Especially noteworthy are the statuettes from The Sims 4 and Doom Eternal. The first to continue repeating on these lists more than six years after its launch, proof of its unflagging success. The second, for collecting the award for Best Soundtrack after all the problems with its composer. More to be expected were, on the other hand, the two awards that Valve itself receives, recognized by its users with the Best Virtual Reality Game (Half-Life: Alyx) and the Game with the most love and dedication after its launch (Counter Strike: Global Offensive). We leave you with the complete list of winners:

Game of the Year (GOTY)

VR Game of the Year

I play with love and dedication

Better game than worse you are given

Sit back and relax