You are here: Home / News / Super Mario Bros. 35: How to Download for Free with Nintendo Switch Online 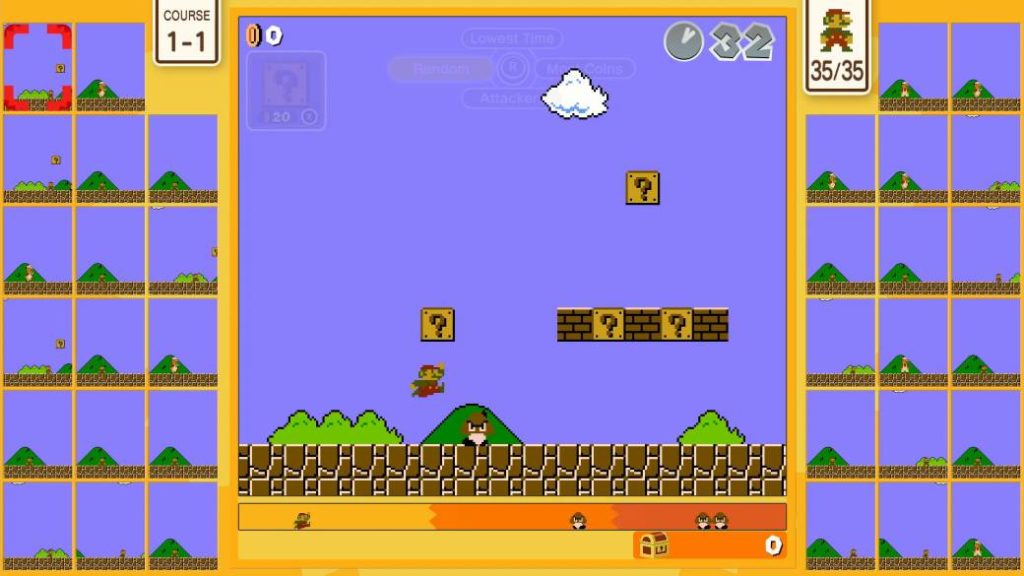 Nintendo’s new battle royale brings together 35 players in the same game, who must survive and defeat the rest of the opponents.

Thirty-five years. That is the period in which Super Mario has had to fight Bowser and his vassals. The Nintendo saga is celebrating its birthday and one of the gifts is Super Mario Bros. 35, a free and exclusive video game for members of Nintendo Switch Online, the Kyoto console service. From now on, all players who have an active subscription can download this battle royale, which brings together 35 players in the same game. It is already available, but it will be eliminated on March 31, 2021.

Super Mario Bros. 35 carries the platform experience from the NES classic, but puts a pipeline twist on the gameplay with the participation of 35 simultaneous players, who not only compete with each other, but also engage in a battle against time. Thus, the objective will be to eliminate the enemies that appear along the way, but you will also have to hinder the rest of the players to end up being the last surviving Mario. The levels will be old acquaintances, as they are the originals of the old Super Mario. Bros.

Take on 34 other players and become the last Mario standing! Super Mario Bros. 35 is now available for free and exclusively to # NintendoSwitchOnline subscribers. # SuperMario35

To get the game for free, just have an active subscription to Nintendo Switch Online. Then, go to the Nintendo eShop and search for the product. Next, download it to your console and you will be able to enjoy it. Remember that it is an online product, so you must be connected at all times.

The game works as follows: each player starts with the same time to complete the level. When eliminating enemies, these are sent to the levels of the rest of the players and you get more time. However, this mechanic can work against you, so use it wisely. There will also be a series of daily challenges and special battles.