You are here: Home / Review / The Falconeer, Reviews. High flights in a wasted world 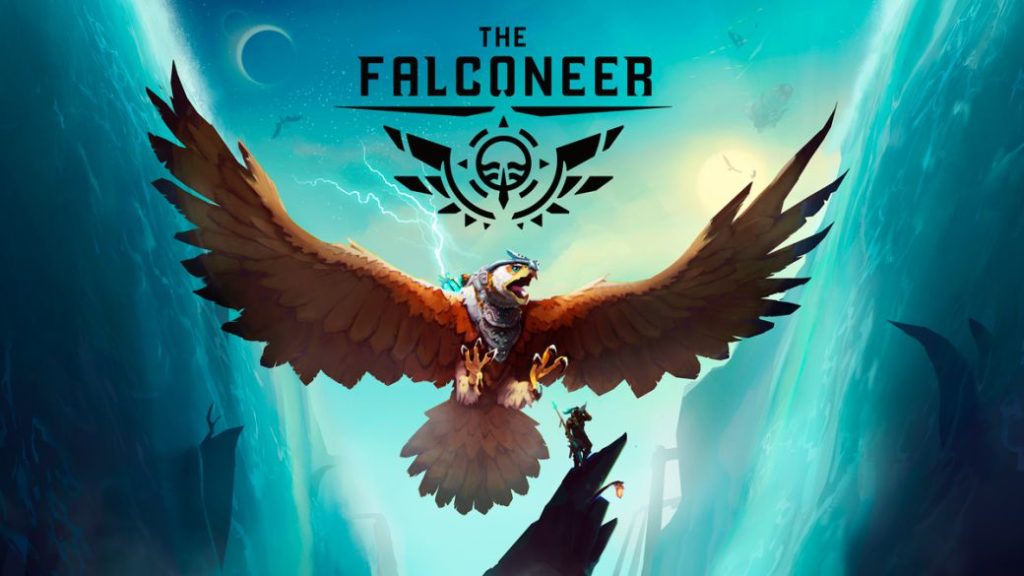 Tomas Sala is correct when presenting political conflicts with strategy in air battles, but fails in their execution and recursion of missions.

That The Falconeer jumps out is undeniable. The beginning of a new generation of consoles also invites optimism when it comes to finding creative proposals that help promote the medium that unites us on new fronts. Ultimately, experimentation that sometimes collides with herself for wanting to be more than she necessarily needed. Perhaps that is what most chains this proposal by Tomas Sala to superficiality, because it would surely have been much more satisfactory, further refining its objectives as a video game, a quality that is not forgotten at any time.

But who is Tomas Sala? In addition to being creative director in Little Chicken, his contribution to the medium and what he is best known for in these struggles are the Skyrim mods. With millions of downloads, his ability to build locations and missions led fans of The Elder Scrolls to hold him highly. In The Falconeer there is a bit of everything, but it is far from his strong suit. 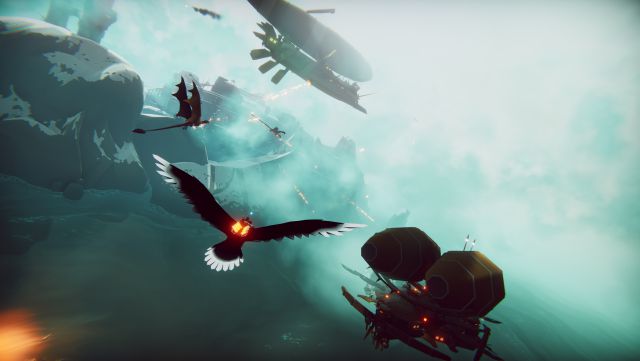 Facing a solo title, as is the case that concerns us today, brings a particularly unique aspect to the work and an added merit that, for the record, we have been able to appreciate during the approximately eight hours it took to complete the six episodes of this adventure – counting both prologue and epilogue. So we are going to get into the matter to know what we find with The Falconeer, what it wants to tell us through its symbolism and what are the aspects that have prevented it from becoming a benchmark within an already excellent year 2020 in the independent scene.

The Falconeer tries to be simple and ends up being simple

The use of the falcon as the main animal is not accidental. It could have been any other bird or animal, even mythological creatures, but the fictional world of Ursee is surrounded by water, distant horizons and very identifiable points of view: it is beautiful, it can be enjoyed on the contemplative plane. Take as a gallant the animal that sees everything, the guardian defender from on high. What is perhaps not so obvious is its playable proposal, an action RPG in the third person, in the open world, with aerial combats on the back of legendary falcons in which strategy is essential. Shooting is a solution, but dodging becomes decisive especially in the closing bars. This story, seasoned by mystical overtones and a historical background that is not revealed with the force it should, ends up losing interest as the hours go by because what is told does not match what is tried on the mechanical plane, excessively flat, simple. Repetitive. 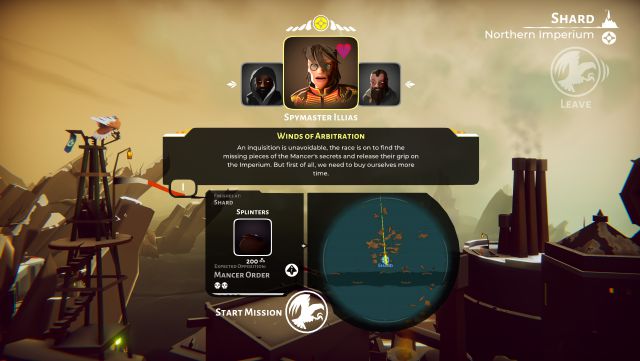 Wars, political interests, territorial dominion … A vision perfectly identifiable with the history books and even an attempt to approach the time when the conquest of great lands felt like a moral victory. Be more than the adversary. The Falconeer’s message is understood from the beginning and criticizes it in a way, but in an attempt to make us empathize with the population that composes it, it ends up making the sum of its parts less interesting than the small stories of each of them. . There are ships, there are cannons, there are human minds devising new strategies … but there are hawks, the true superior being, for their ability to fly and see what others only imagine. You feel powerful being a rider, but that feeling doesn’t last long.

Luckily, the drawing of his missions is perfectly legible and clear due to the excellent use of the color he uses. The lack of resources has become a virtue, there are times when simplicity contributes more to enjoyment, but the gameplay of The Falconeer errs in being excessively three-dimensional. Its levels, very open, even give a feeling of emptiness, of nothing beyond the horizon, but simply a fixed point on what everything surrounds. A gameplay on rails, predominating the action which Panzer Dragoon, would have sat better with its mechanical depth based on that suggested simplicity, since the RPG add-ons that it presents are not very useful; there is no clear difficulty curve and therefore no sense of progression. 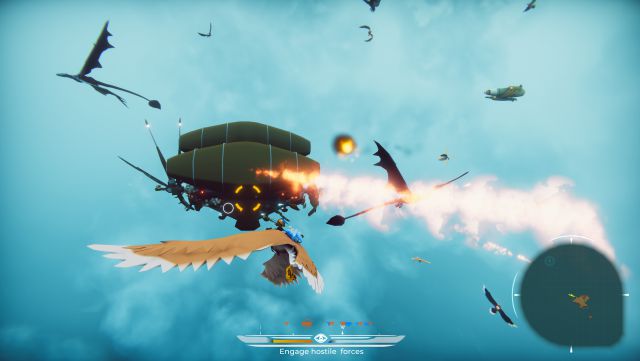 And it is that despite that contemplative power that catches you and soaks the screen with an impressive color contrast in 4K screens, with a lighting that gives visual richness to the games, the approach sins of being recursive. After a few hours you understand that it will not give much more of itself and that this chain of main and secondary missions will not offer any unexpected twists. The Falconeer is not especially aimed at fans of shooters on rails, or fans of real-time war strategy, but instead experiences mechanics and turns flight into its own language without exploiting any of those facets. The exploration stops halfway, the errand missions do not depart for a moment from an established pattern … Something is missing, soul is missing.

Control feels natural, though, but the player has to do a lot to keep up with frustration. Neither the controls are well explained nor some aspects of their handling are understood in the initial tutorial. Fortunately, there is a perceived effort on the part of Sala to convey affection for his work, but the simplicity of his mission system ends up defeating any attempt to simply enjoy flying. The Falconeer is not about this, it does not allow you to unite the audiovisual enjoyment with the playable one. Incentives to explore disappear the moment the interest to move on relies heavily on dialogues that, in reality, do not contribute much. Also, artificial intelligence is clumsy, robotic, and does not counteract the monotony that is perceived in itself. 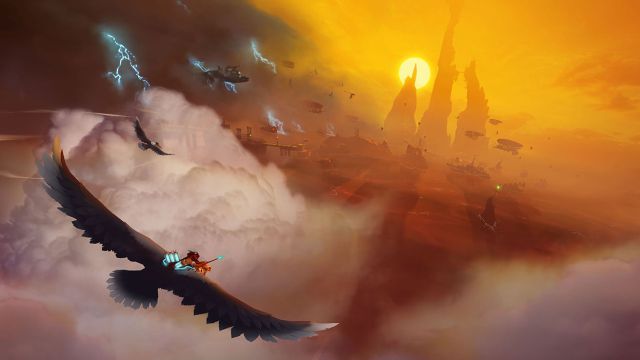 Xbox Series X, the best platform for The Falconeer

It may seem obvious, but a machine as powerful as Xbox Series X brings added enjoyment to The Falconeer. Forgetting about loading times allows you not to be distracted by the accessory, it invites you to continue even when the game does not, and in this case we can choose two graphic modes to enjoy the world of Ursee: 4K resolution at 60 FPS or even a mode at 120 FPS in 1800p resolution. Taking advantage of the fact that we also had an Xbox Series S at hand, we have tested this version to know its performance at 1800p and 60 FPS, which hardly loses nuances and is enjoyed just the same. Good optimization, testimonial loading times, same color intensity. In this case, you can also opt for the 1080p combo at 120 FPS on 120 Hz compatible monitors. All this, accompanied by its memorable sound design and a phenomenal soundtrack by Benedict Nichols, result in a remarkable artistic result. It is a pity, by the way, that The Falconeer is not on Xbox Game Pass, since it is that ecosystem in which it would best function and how more Xbox users would know it.

We have performed this Reviews using a download code provided by Microsoft. The consoles used have been Xbox Series X and, to a lesser extent, Xbox Series S.

The Falconeer tries to fly very high very early, but as the hours go by, its structure ends up slowing down any hint of greatness and reduces its simplicity to simplicity, which is a shame considering how interesting its planning is. The control is precise, the narrative context is rich and absorbing, but flying is not as satisfying as it could be, clouded by a mission design with repetitive and insistent patterns. The magic does not last long, despite being a brief and enjoyable experience on the audiovisual level.

It’s not the latest or the most original, nor does it have the best execution, but it can be fun if you like the genre. Good, but room for improvement.