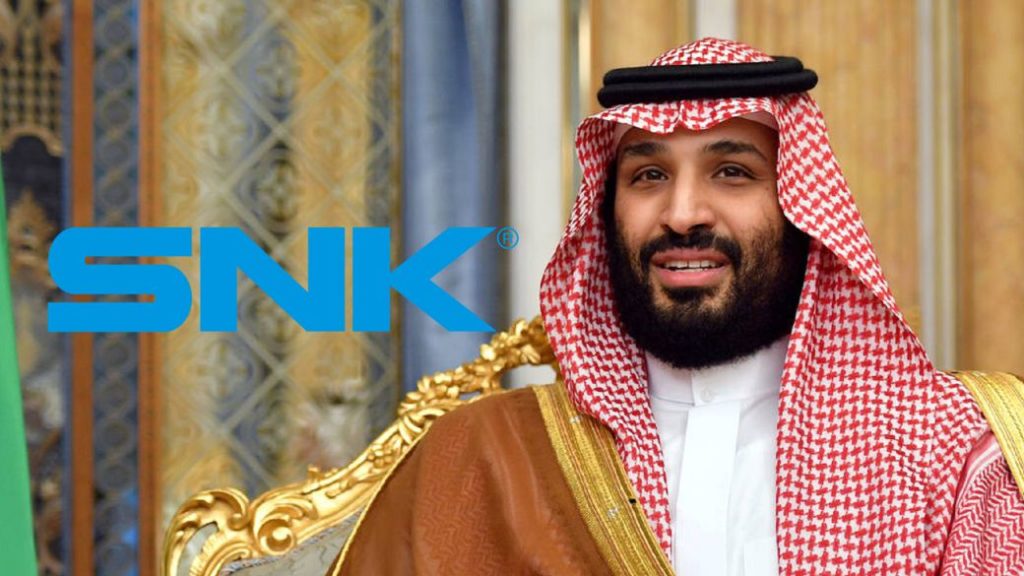 The creators of Metal Slug, Samurai Showdown and King of Fighters have signed an agreement with the company EGDC, whose main shareholder is the prince.

Mohammed bin Salman, crown prince of the Saudi crown, will put a foot and a half in SNK. This has been confirmed by the Korean media Bloter, which has reported on an agreement between this mythical video game company and EGDC (Electronic Gaming Development Company), a company located in Saudi Arabia and controlled by the future monarch.

As is often the case in these cases, the agreement will not take effect immediately. There are still shadows to uncover, since neither SNK nor EGDC have issued any official statement at this time. Everything seems to indicate that the transfer of shares will be completed at the beginning of next year. What is clear is that Mohammed bin Salman will become the largest shareholder in the company, since he will control 33% of the shares, all through this firm. Although not officially confirmed, reports suggest that the operation has been 100% financed by Saudi Arabia.

The figure of the crown prince is more than controversial. The Saudi country has been accused on numerous occasions of not respecting human rights. In addition, suspicions about his alleged involvement in the murder of Jamal Khalashoggi, a Washington Post journalist and dissident from the Saudi regime continue to be present. He has also been accused of torture and mass murder of civilians.

SNK, for its part, is one of the classic developers that are still active, although they have suffered numerous ups and downs as far as their ownership is concerned. In 2015 they were acquired by a Chinese investment group. This Japanese company founded in 1978 preserves intellectual properties such as Metal Slug, The King of Fighters or Fatal Fury. The recent resurrection of Samurai Showdon heralded a good rebirth. It will be necessary to see what direction they take in the future, now that a prince is behind waiting for his moment.