You are here: Home / CD Projekt / This is the Xbox One X special edition Cyberpunk 2077: date confirmed 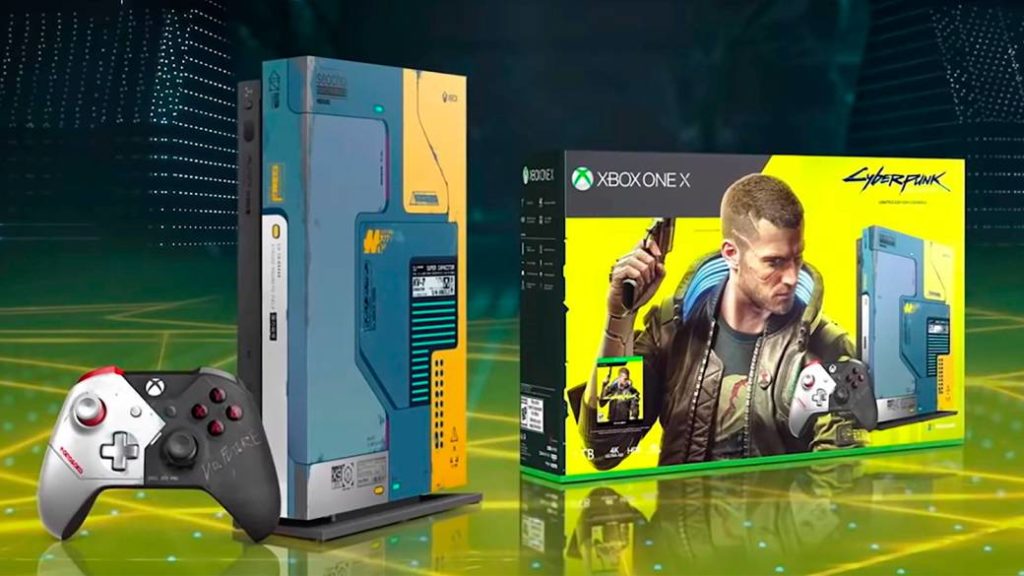 After several teasers and leaks, Microsoft has finally presented the new Xbox One X model with the Cyberpunk 2077 theme, the upcoming and long-awaited CD video game Projekt RED, creators of The Witcher 3. This is the Cyberpunk 2077 special edition of Xbox One X , a pack with remote control also with a special design and that we already knew that will be available in stores next June, on a specific date yet to be announced.

With the video game included in the pack

It is a very special edition of Xbox One X, the most powerful console in the world, and which sports a truly striking exterior design, completely based on the futuristic aesthetics of Cyberpunk 2077. The same is true of the controller, with a unique appearance that will delight fans and collectors. In addition, and according to the packaging of the console, it will come with a copy of the game, most likely, with a code of the same to be exchanged at the time of launching the title in September.

The console will come with a 1TB hard drive, being the same standard model that we can buy today although with a completely customized skin. At the moment there is no recommended price, although it should not be very different from the current model with game included. The circulation of this model is not known either, although as its name indicates, it will be a limited edition in number.

We recently brought you the latest news about Cyberpunk 2077, a title that will arrive on PC, PS4, Xbox One and Stadia on September 17, although it will not do so together with PS5 and Xbox Series X launch for its improved version. On the other hand, the CD Projekt RED title will receive at least two major expansions in the future.