You are here: Home / News / This was the discarded zombie mode of Call of Duty: Modern Warfare 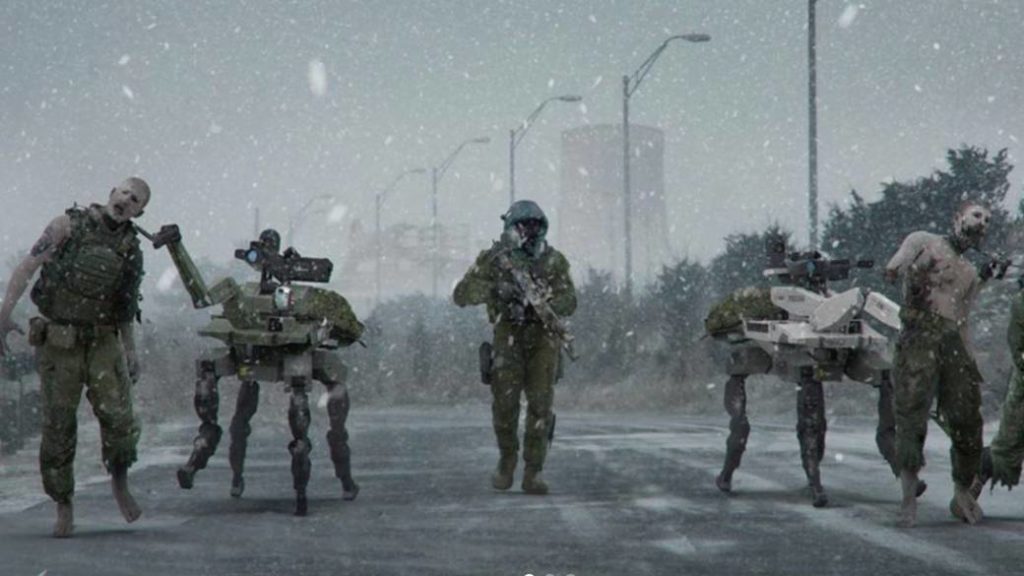 An artist’s concept art shows the early design they made at the company for 2019 Modern Warfare.

Call of Duty: Modern Warfare can not be said to be with few game modes, and less with the arrival of Warzone. But as usual in Infinity Ward, his cooperative bet was focused on the Special Ops and not on the zombie mode that he had such success with Treyarch. Despite this, it seems that the company was testing this modality for the game, as published by a team artist named Aaron Beck. Under the title of Zombie Walker, he explains that he has been allowed to share conceptual arts that were at an early point in the game’s development.

“Here’s a concept that wasn’t used made during the early stages of production. I was thinking how much fun it would be to play around with Call of Duty’s classic zombie mode, attacking Russian special forces with their quadruped robots while keeping zombie soldiers captive.” In the conceptual art character image we can see that it is not a bad idea, although it was discarded from the final project, as we well know.

Zombie Walker 💀 Finally got clearance to share more art from Modern Warfare! So to begin here’s an unused concept from early in production. I was thinking it would be fun to play with the classic Call of Duty zombie gameplay, hinting here at some sort of Russian special forces soldier and his duo of quadruped robots, holding captive zombified soldiers by leashes around their necks. #callofduty #modernwarfare #zombies #conceptart #aaronbeck

As reported in VG247, during development the team asked different artists to imagine how the zombie world could fit with the game they wanted to make. This year the Call of Duty he plays is Treyarch, so you can surely expect the arrival of the zombies once again.

Finally, the objective of maintaining a realistic game in line with what is explained in the campaign and also in the control of weapons and others, the idea of ​​the zombie mode was not given and the players have finished with three clear pillars: campaign , multiplayer and spec ops. To them has been added Warzone, the Call of Duty Battle Royale.