You are here: Home / News / Watch Dogs: Legion, a journey between Chicago, San Francisco and London; review and background 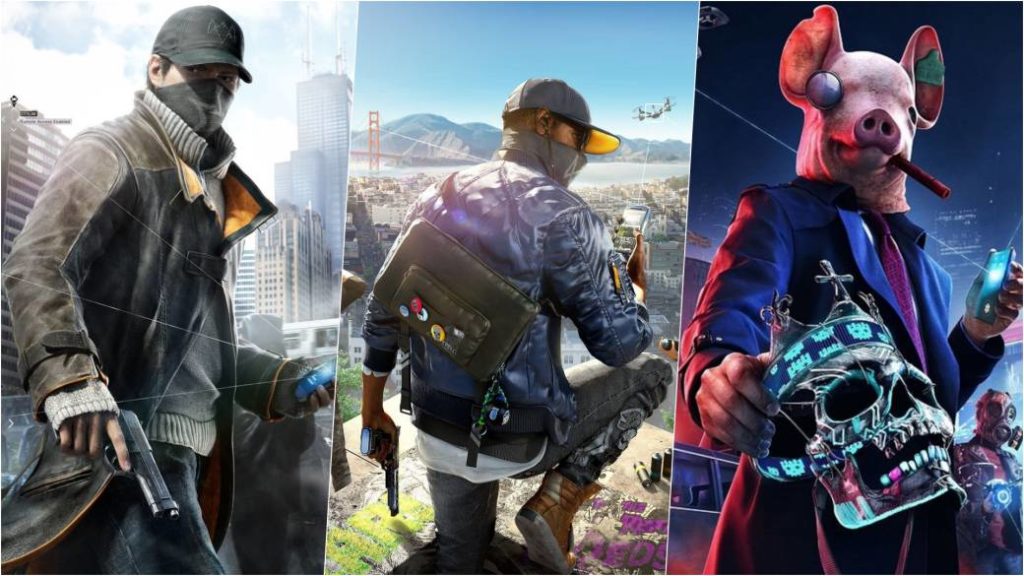 We review the Watch Dogs franchise ahead of the launch of its third installment, Watch Dogs: Legion. How we got to London and background.

This final stretch of the year takes on special relevance for Ubisoft’s interests. In just half a month of difference, it will launch two deliveries of its main headend IPs. On the one hand, the Viking odyssey of Assassin’s Creed: Valhalla awaits us on November 10. Meanwhile, the next stop will take us to the other side of the time machine: a future that is not so far away.

The London of Watch Dogs: Legion has already passed through our hands on more than one occasion. From the first impressions, we told you how Ubisoft Toronto had managed to innovate through the Play as Anyone mechanic. Being able to recruit and control every NPC in the world is one more step in an open world formula that is familiar, recognizable to us. But to get to this point we had to go through Chicago and San Francisco. Let’s recap the antecedents that have led us to this post-Brexit England. 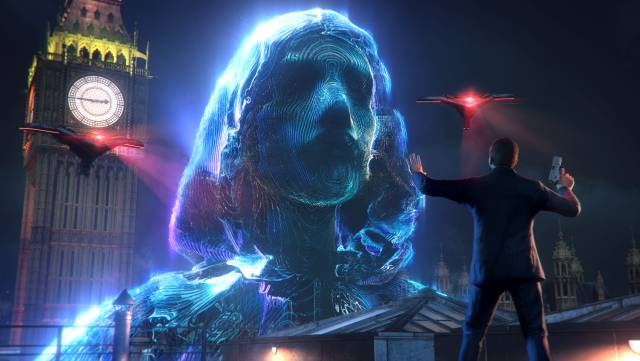 Everyone will remember the presentation of Watch Dogs during E3 2012. Beyond the graphic aspect that it looked, the company presented an open world with a different, dark tone, fleeing from the tropical game of lights of Far Cry 3. We saw a character that controlled the city at the click of a button. Traffic lights, trains, the potential danger of an individual … all the weight fell on a smartphone as a look into the future that awaited us. 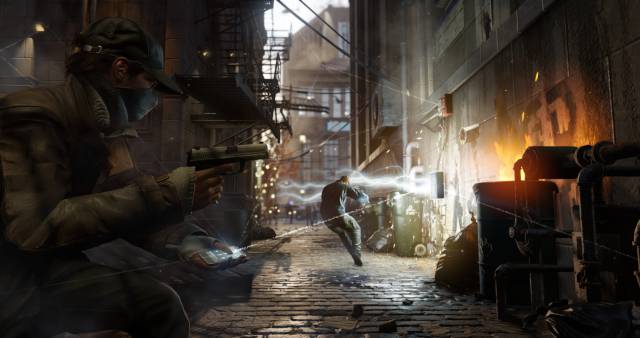 Once in the market, the cards were on the table. The first installment would arrive just six months after the new generation of consoles. PS4 and Xbox One received an intergenerational port that served as a letter of introduction towards what was to come. Chicago was the chosen setting to star in the misadventures of Aiden Pearce, the proclaimed vigilante by popular opinion.

Watch Dogs at the controls felt like the traditional sandbox anchored in the present. There was room for driving, research, third-person shooting … all the ingredients that we could see in any Grand Theft Auto. That recognized base had a compelling motive: hacking. The ways of interacting with the environment expanded compared to what was seen previously. It felt different to be able to get into surveillance cameras to control the environment, or to be able to create escape routes with our smartphone. The city offered the necessary elements to change its situation in real time. Do we need to flee from the police? Just turn the traffic lights green and make traffic collapse a junction. 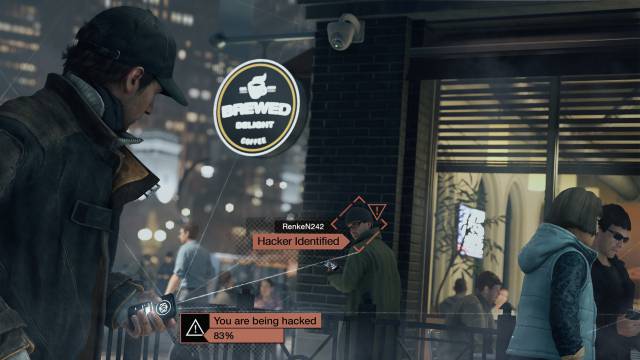 It also had differentiating elements. In full fashion of mixing the online environment with the single-player campaign, we could suffer invasions from other hackers in real time. When we were victims of one, we had to search for the invader before the timer expired. The game of cat and mouse of a lifetime, just looking for someone who poses as any NPC. In this house he obtained a rating of 8 out of 10, where we said that it was a “fun, entertaining and varied” video game.

Watch Dogs 2, back in Silicon Valley

Two years later, Watch Dogs 2 would arrive. The saga broke with the original tone to offer a much more urban and crazy style. San Francisco was a city full of color, carried by the artistic currents of five years ago. Contrary to Aiden’s individual revenge, the protagonist of the sequel would attack Blume, creators of the ctOS, as part of a collective: we were Dedsec. 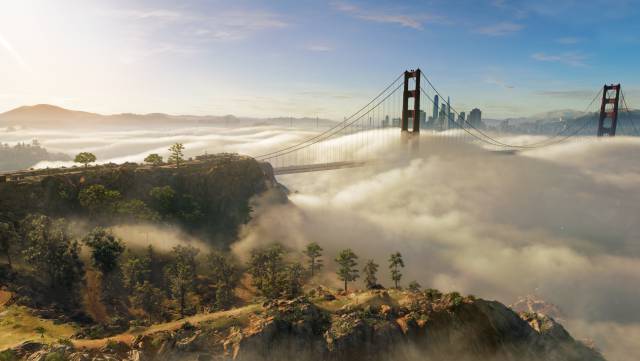 Marcus Holloway offered that different point of view in every way. At the controls it was a game that responded better to our orders, at the same time that the ways of interacting with the environment were enhanced. The study strengthened the freedom of choice about what experience we wanted to trace. Would you rather be violent and annihilate everyone? You may. Do you want to go unnoticed and not shed a drop of blood? Too. Infiltration was an optimal route at any moment of the adventure, unlike in the first installment. We were nurtured with different non-lethal gadgets with toggle versus ballistics.

San Francisco was also one of the reasons for the positive trend. The city was better designed at all levels. Far from the horizontality of Chicago, in the shadow of the Golden Gate we passed through a multitude of rooftops, buildings, office complexes … Those who have played will remember the missions within Silicon Valley. Those kinds of opportunities added to the variety the game offered. 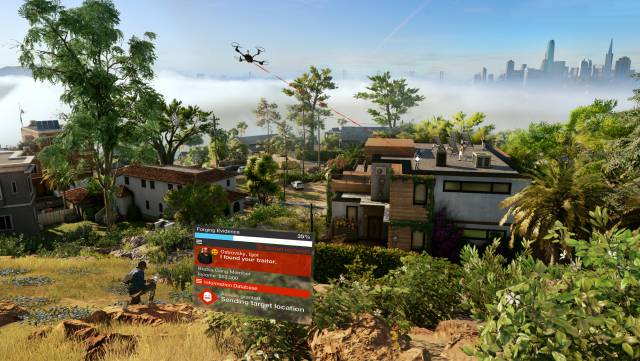 The title coincided with the launch of the Pro model of the PlayStation 4, making it one of the first games to feature specific enhancements for the Sony console. Overall, it was a title that kept the fun that characterized the brand in 2014. On FreeGameTips it got a rating of 8 out of 10.

As we said, Watch Dogs: Legion has recently passed through our hands a couple of times. In our impressions we said that he had kept his great promises, at least for the moment. The recruiting system worked, you felt like you had a lot of characters potentially suitable for your interests. We also emphasized continuity at the playable level, as happened in the second installment. 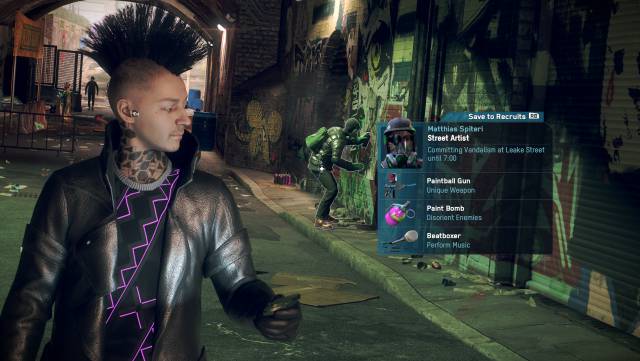 The hours we had access allowed us to see a city with a different structure. London was divided into neighborhoods that we had to liberate through certain missions. Once completed, we accessed a final mission different from what we had so far. In the session, for example, we had to climb Big Ben from the inside using a robot spider, jumping the gears in true platform style.

In any case, you will have to wait for our Reviews to know the final evaluation of FreeGameTips. The game will arrive on October 29 on PS4, Xbox One, PC and Stadia. In the case of new generation consoles, they will receive it from the same day of its launch: November 10 on Xbox Series X | S and November 19 on PS5. 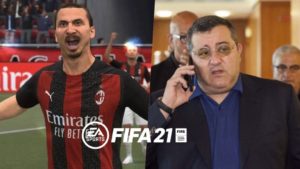 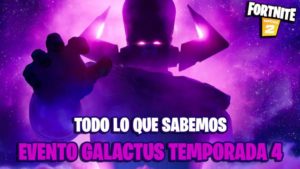