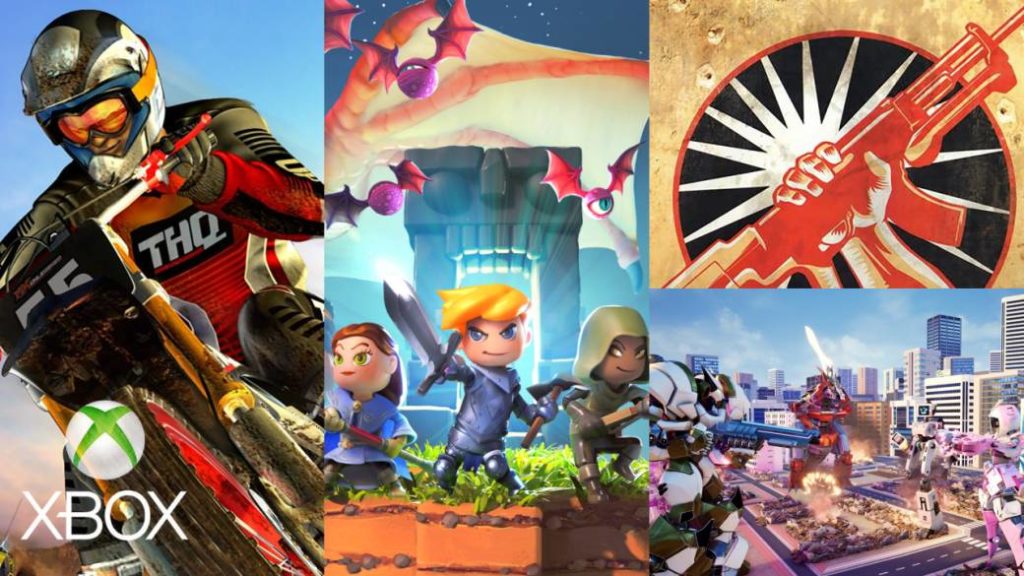 Nobody is bitter about a sweet, and less when they have the form of free titles. Microsoft has announced the video games that will be available in August 2020 as part of Games with Gold (click here to see those on PS4). That being the case, everyone with an active subscription to Xbox Live Gold or Xbox Game Pass Ultimate will have the opportunity to download four games without paying a single additional euro. These are Portal Knights, Override: Mech City Brawl, MX Unleashed, and Red Faction 2.

As usual, not all titles can be obtained at the same time, since each one comes with a specific date. Therefore, the obtaining period is extended in some cases until the middle of the following month. In any case, this is all you have to know about the titles that you will be able to enjoy soon.

August #GamesWithGold starts the month off with Portal Knights and MX Unleashed, yours to download and play with Xbox Live Gold or Xbox Game Pass Ultimate membership https://t.co/CbZrws4QOl

Portal Knights (August 1-31 on Xbox One)

In this open-world action video game with RPG touches you will be able to create your character, make weapons and defeat the enemies that you find in your path. The world is at its lowest point. The war has advanced and the holy King sows chaos in its wake. Therefore, leveling up and strengthening the hero will be necessary to have a minimal chance of winning. We will tour dozens of randomly generated islands as we build structures and interact with the inhabitants. The objective? Become a powerful guardian knight to put once and for all points on the I’s.

This video game came out on Xbox One and transports us to a world of mecha where battles are inevitable. In addition to a campaign mode, it has online and local multiplayer modes, as well as a collection of up to 12 unique meches that we can pilot and customize. Each one has special abilities, so we can destroy all kinds of scenarios and finish off the enemy once and for all.

A classic from the first Xbox that comes to life thanks to backward compatibility between different generations. Xbox MX Unleashed is a motor game that includes numerous game modes that allow us to experiment with stunts and tricks on extremely dangerous tracks where we will have to give a good account of our skills on the track.

The dictatorship continues, the revolution continues. Red Faction II, which was also available on the first Xbox, paints a picture of rebellion on Mars. The oppressed people of the Commonwealth have said enough and decided to end the dictatorship. We will handle a group of supersoldiers, each with their own special abilities.