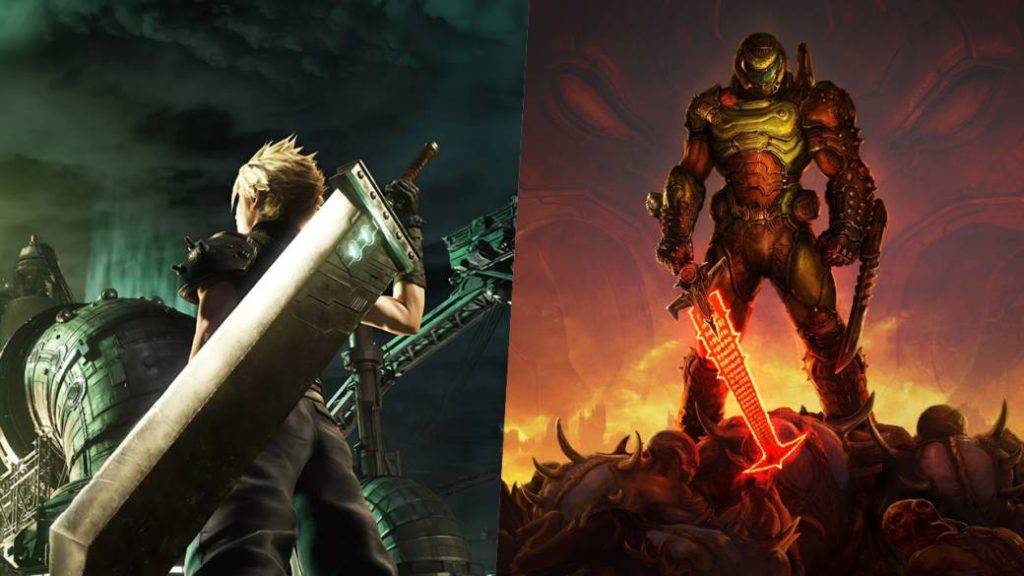 The North American company congratulates Square Enix on the game's debut with a very special drawing that pays tribute to one of the key moments of Final Fantasy VII.

That Doom Eternal and Animal Crossing: New Horizons coincided in their launch caused the appearance of the most bizarre prints. Cinnamon was the protagonist of some montages in which he appeared with the weapon raised, even in a mod of Resident Evil 3 Remake. The Animal Crossing character is not the character that can be seen in the new illustration that Bethesda has posted. Doom Eternal's official Twitter account has released an illustration that pays tribute to the scene of Cloud, sword on his back, with the Mako reactor in front.

This crossover, which you can see below, imitates the composition of this mythical scene, but it does so with the character of Doom Eternal, who in addition to holding the hilt of his sword, observes the discouraging horizon of demons. Discouraging probably for monsters, who will soon be skewered by the edge or pierced by some hissing bullet. With this illustration, the developers of Id Software wanted to congratulate Square Enix for the launch, which took place on April 10.

The end, an open discussion

The new Square Enix production went on sale just a few days ago, but because of the coronavirus, many users had the opportunity to get hold of the physical edition prematurely. Therefore, it is not surprising that there is already a discussion about the ending. Yoshinori Kitase, producer of the video game, has recently been interviewed by Famitsu magazine, where he has revealed that the team has left clues about what will happen in the following chapters. Of course, he has not pointed out anything in particular, although he did want to emphasize that the story is still far from over.

Final Fantasy VII Remake is available on PlayStation 4, while Doom Eternal was released on March 20 for PS4, Xbox One, PC and Stadia. The Nintendo Switch version has no date yet, but Bethesda has assured that it would not take too long to arrive.